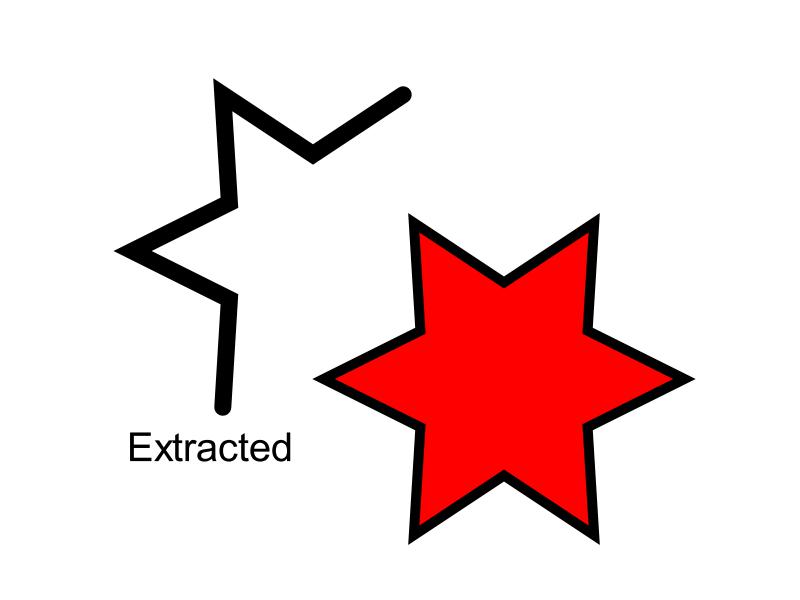 The exciting new features this release are the ability to freeze vectors and to extract elements from vectors. I’ve also been playing around with how the merge graphics and boolean commands function.

Node graphs are awesome, they’re powerful, but they do have a couple downsides: they can get complex and messy, the memory usage is higher, and the performance can be less than ideal when a graph gets heavy. So to combat those issues I’ve introduced the ability to freeze graphics layers.

Freezing a layer deletes all the nodes in a layer and replaces them with a single node that contains the final graphics data. The downsides to freezing are that you lose the ability to non-destructively edit the nodes that generated the graphic. Only freeze a layer when you’re confident you won’t need to make further changes. I should clarify, you can still make changes to the graphic with all the editing tools, you just can’t go back to the individual nodes that generated the graphic to make tweaks.

Sometimes you just want to take one element from a graphic to use in a separate graphic, perhaps a span or a segment, the Extract node lets you do that. The node works by duplicating the graphic and then deleting everything but what is selected.

I’m trying a new approach to commands that work across multiple layers, when the command is run the layers are merged. I think for the vast majority of cases this will be the desired result. In the event that the user wants to keep the layers separate they can manually add the nodes to the graph and make the connections.