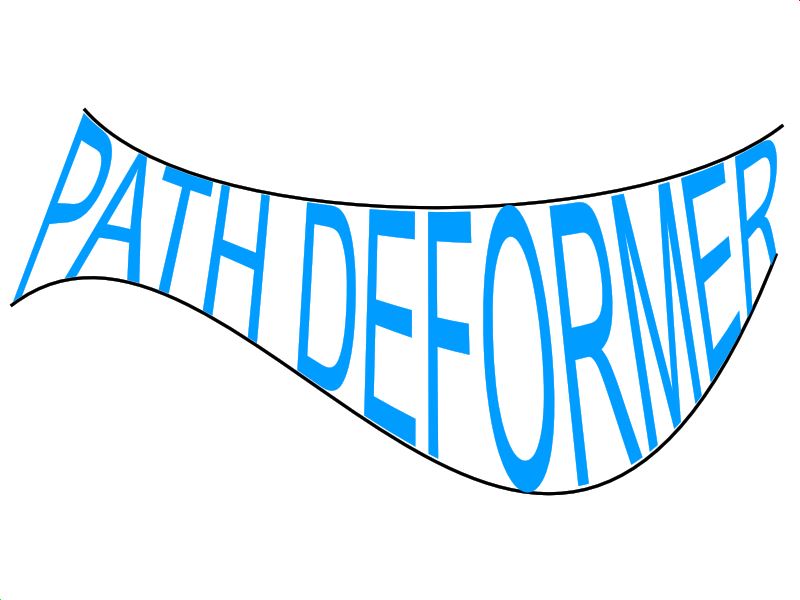 Several exciting features in this release. The first feature is that rasters can be embedded within graphics. Second, there is a new path deformer which is fun to play with. Third, viewport performance enhancements, especially for the display of Graphics.

This is a feature that’s been needed for a while. Raster data can now be embedded within graphics files. This is especially useful in that it allows you to use raster effects such as drop shadows within the graphics context.

Behind the scenes the raster is applied as a pattern fill to a rectangular shape. Currently the export of rasters within graphics is not supported, but that should be added soon. Keep in mind that using rasters in graphics hurts the scalability of the graphic since the more a raster is scaled the more blocky and pixelated it appears.

This is a node I’ve been wanting to make for a long time. The Path Deformer allows you to deform a graphic along a path. You can even use a second path as a rail so that the graphic will be deformed between the two paths. There are parameters to allow for the animating of graphics along the path to create some cool effects.

The viewport code has been updated to more efficiently redraw the scene. Graphic scenes should draw much faster and raster scenes should have improved speed as well.